Book Review: The Memory of Us by Camille di Maio 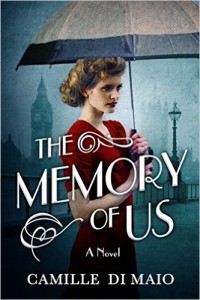 The Memory Of Us by Camille Di Maio is a wonderful love story, though definitely not a typical romance. Set in pre-World War II Britain, it spans several decades. Di Maio’s voice captures that time period in both vocabulary and superb descriptions of setting and clothing. Julianne Westcott, the protagonist, is a young socialite being groomed to follow in her mother’s footsteps, running church bazaars and charity fundraisers as the wife of some prestigious gentleman. Superficially, Julianne’s life is perfect; however, it is filled with secrets. She learns the first secret: she was a twin, and Charles, her brother, born deaf and blind was institutionalized at birth. Julianne herself begins to keep secrets from her parents, including visits with her sibling. As Julianne visits her brother, she meets a young man, Kyle McCarthy and falls in love. Kyle, however, is in a Catholic seminary, and thus a forbidden love both in the sense that he is dedicating his life to God and because her father is rabidly anti-Catholic. She disappoints her family by rebelling against the life they’d planned for her. Just as she finds happiness with Kyle, the war intervenes, and Julianne must make life-changing decisions. Just when she thinks that she can no longer bear the pain in her life, she grasps a lifeline, a second chance at happiness.

Di Maio does a great job relaying backstory without getting bogged down in minutia or removing the reader from the ongoing momentum of the story. The war and the bombing of Britain are accessible as a backdrop, accurate and powerfully described, yet never overpower Julianne’s story.

There were a few moments when switching back and forth from the parts set in Abertillery to the distant past in Liverpool that I found a bit repetitive, though di Maio does a great job of intertwining narrative threads set in several time periods: Julianne’s teen years, her marriage, her life after the war, and her reunion with her true love. I found the posthumous epilogue superfluous. But I read the 413 pages of The Memory Of Us in one sitting and sniffled through the last thirty pages. Lake Union Publishing will release The Memory of Us on May 31, 2016.

I received an advanced readers’ copy in exchange for a fair review. 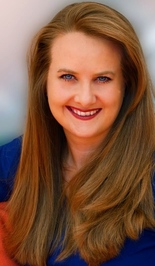 Camille is an award-winning real estate agent in San Antonio who, along with her husband of 18 years, home schools their four children. She has a bucket list that is never-ending, and uses her adventures to inspire her writing. She’s lived in Texas, Colorado, Pennsylvania, Virginia, and California, and spends enough time in Hawai’i to feel like a local. She’s traveled to four continents (so far), and met Mother Teresa and Pope John Paul II. She just about fainted when she had a chance to meet her musical idol, Paul McCartney, too. Camille studied political science in college, but found working on actual campaigns much more fun. She overdoses on goodies at farmers markets (justifying them by her support for local bakeries), belts out Broadway tunes whenever the moment strikes, and is training in tae kwon do. There’s almost nothing she wouldn’t try, so long as it does’t involve heights, roller skates, or anything illegal. The Memory of Us is Camille’s debut novel. Her second, Before the Rain Falls will be released in the spring of 2017.

Suanne Schafer completed the Stanford University Creative Writing Certificate program in 2014. Her short works have been featured in Bête Noire Magazine, Empty Sink Publishing and two anthologies, Night Lights and Licked. She is querying her women’s fiction manuscript, A Different Kind of Fire, exploring the life of a nineteenth century bisexual artist living in West Texas while starting her next work about a Vietnam vet tortured by PTSD. She is a member of San Antonio Romance Authors, Romance Writers of America, and Women’s Fiction Writers Association. Suanne is fiction editor for Empty Sink Publishing.