In issue 15, I regaled you with tales of what comics I was reading—and there were a lot of titles to talk about. This time around, I’m going to give you an update on everything from the last issue, then give you the lowdown on newer titles you might want to check out.

Unfortunately, real life has prevented me from reading as much as I would like in the last few months. But, that’s had an interesting side effect in that I now have a backlog of issues to read for several brilliant series. And that’s the best way to experience a good comic: binging on it.

Here are the comics I mentioned last time that I look forward to catching up on:

As for what I have been able to read, see below: 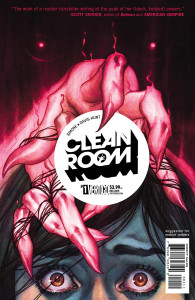 This is one of the most promising series in Vertigo’s new lineup. Last time I wrote, I’d only read the first issue—I’m now through the first story arc (six issues). One thing is clear at the end of this arc: the mystery is just beginning, and everything we thought we knew about who Astrid Mueller is and what her Clean Room is all about vanishes in the pages of the final issue. Hell of a cliffhanger—I can’t wait for issue 7 in May.

The most recent story arc in Saga is wrapping up, and I couldn’t be more excited. This arc has focused around each of the characters, all of whom are living different lives in different places. There is a lot of great foreshadowing that something big is about to happen—perhaps something that could shake the Saga universe to its core.

I got the second and third volume of Morning Glories and read them in one continuous sitting. I couldn’t do anything else. The story is so absurd and yet so intriguing—it draws me in in a way I haven’t seen since watching Lost (interestingly enough, Hurley makes an appearance in one issue). This ongoing series has many more volumes to go, so I am looking forward to diving in more in the near future. 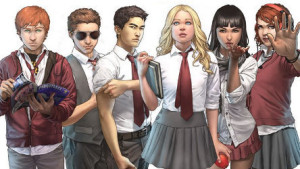 Much like Morning Glories, last time I wrote, I’d read the first volume of The Manhattan Projects, and I recently read the second two. This is a truly incredible series for anyone who enjoys science fiction and alternate history. I have no idea where it’s going, but I am going to follow right through the last issue to find out what’s really happening at the core of this story. 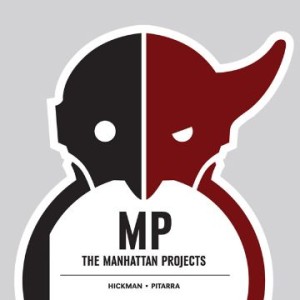 I got a little obsessed with Crossed. The gore, the unimaginable horror, and the “who’s really the bad guy—us or them?” nature of the story hooked me from the first page. Since last time, I’ve read several volumes of the regular Crossed ongoing series and two volumes of Alan Moore’s Crossed + 100, which takes place in a world 100 years after the events of the first series.

The original Crossed series has gone through a few iterations with a rotating series of writers and artists. All of them closely follow Garth Ennis’s original vision and I found myself maniacally glued to every page I read.

But what truly impressed me was Moore’s Crossed + 100. Moore doesn’t just imagine the future of the Crossed universe: he found a rip in space-time, went and lived there for a few years, and is now simply reporting what he saw. At least that’s how you will feel with the universe he’s developed. In this series, the Crossed have started to die off due to their, um, unhygienic and unsustainable lifestyle. The humans have gathered in both small and large settlements across the country and are starting to reestablish society.

The story is great, but what amazed me was the language. Moore imagines a world where spoken language has evolved to be almost unrecognizable when compared to modern convention. Part of the fun of this series is slowly learning what people are saying and what it means—it really adds another level to the story.

And here are some reviews of a few new books that I started following since I last wrote: 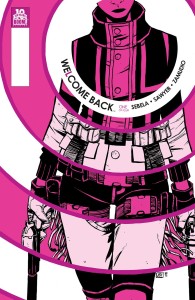 This is the bizarre story of two centuries-old warriors destined to live and die hundreds of lives and murdering each other every time. A long-secret war and an entire world against them, our protagonists test fate in this title that will make you ponder what is stronger: destiny or love?

In Survivors’ Club, horror and 90s nostalgia collide in what quickly becomes a quirky exploration of some truly bizarre urban legends. Sharp writing and an intriguing story make this a great choice for fans of the horror genre, or anyone interested in an examination of how the things that happen to you as a child shape the person you are today. 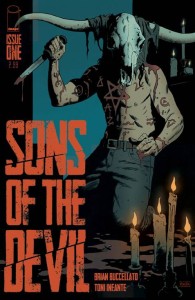 Sons of the Devil, Image, Story by Bruan Buccellato and Toni Infante

Toni Infante’s illustrations were one of the things that drew me to The Bunker, and they are a perfect complement for Brian Buccellato’s unsettling story in this ongoing Image series (currently on issue 6). An orphan with one red eye and one blue one watches his life slowly unravel as he discovers his real father was a cult leader in the 90s. The story is as intriguing as Infante’s art, and I look forward to keeping up with this one on a monthly basis.

Have any recommendations for me—what should I read next? Email me at emptysinkpublishing at gmail dot com and I’ll take your suggestions. In the meantime, happy reading!

Branden is an editor and author living and working in San Antonio, Texas, with his wife, his son, a neurotic hound and an explosive terrier. He has published fiction in Sand Hill Review Press, Toasted Cheese Literary Magazine, and Crack the Spine, among others.