Full disclosure: I am a comic book geek. Always have been. Always will be.

James is clearly excited to attend his first comic convention.

Granted, I lapsed for awhile. My first stint as a comic book addict began when I was ten or eleven. My dad’s the one who hooked me. It was just like that commercial: “I learned by watching you!” Except instead of heroin, it was comic books.

I continued to consume comic books sporadically over the years, but recently, I’ve become obsessed. My buddy Jason Barron with Southtown Comics here in San Antonio keeps me in good supply and gives me the inside track on the top-tier stuff coming up (this is the same Jason Barron of The Unavoidable Drudge podcast who interviewed us a couple of years ago…).

There’s a reason Empty Sink publishes comics: we love them. Folks like N. Piatkoski and Aaron Farrell work hard to tell their stories, and so do the folks involved in the books I mention below. So do yourself a favor and find a comic book that speaks to you—you’d be amazed at the stories being told out there right now.

New to the Shelves:

Here are the newest titles that have my attention. 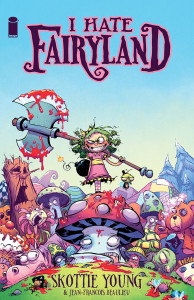 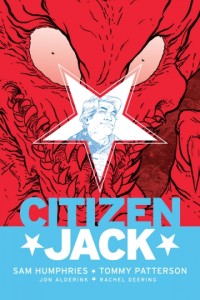 And here are some comics that have been circulating for a bit, but I am just now catching up on: 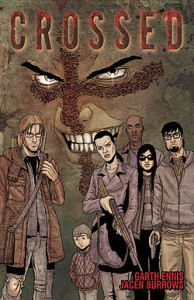 Holy crap, that was a lot of writing about comics, and I loved every minute of it. There’s some fantastic storytelling going on in the comic book world right now, and I don’t see that changing anytime soon. So I plan to come back here with each issue and brief you on the latest books on my shelf. Together, we can make sure the good stuff gets the attention it deserves.

Branden is an editor and author living and working in San Antonio, Texas, with his wife, his son, a neurotic hound and an explosive terrier. He has published fiction in Sand Hill Review Press, Toasted Cheese Literary Magazine, and Crack the Spine, among others.