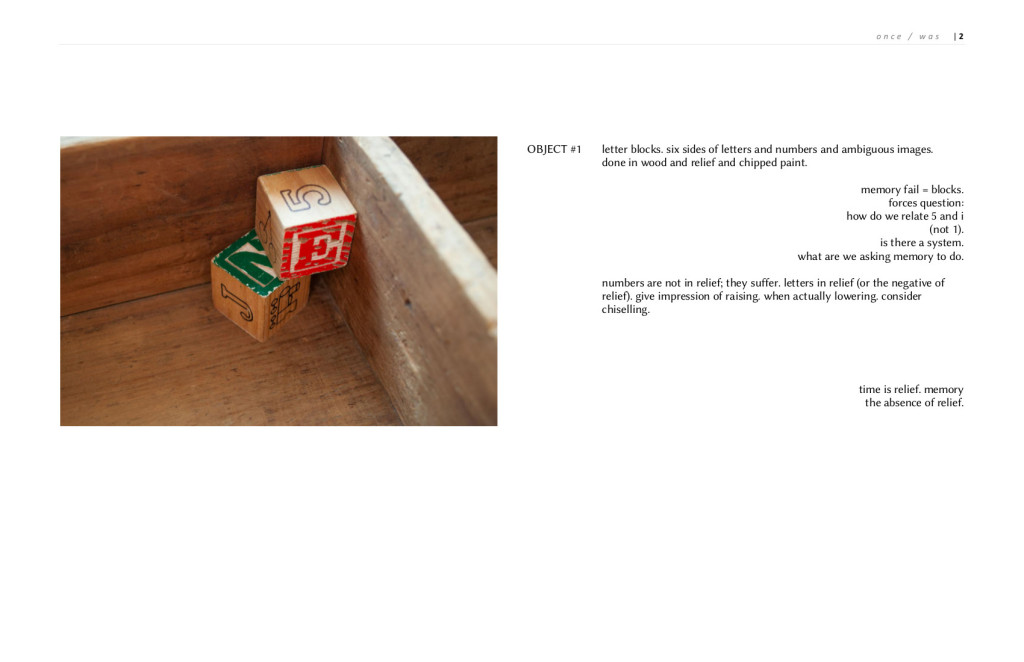 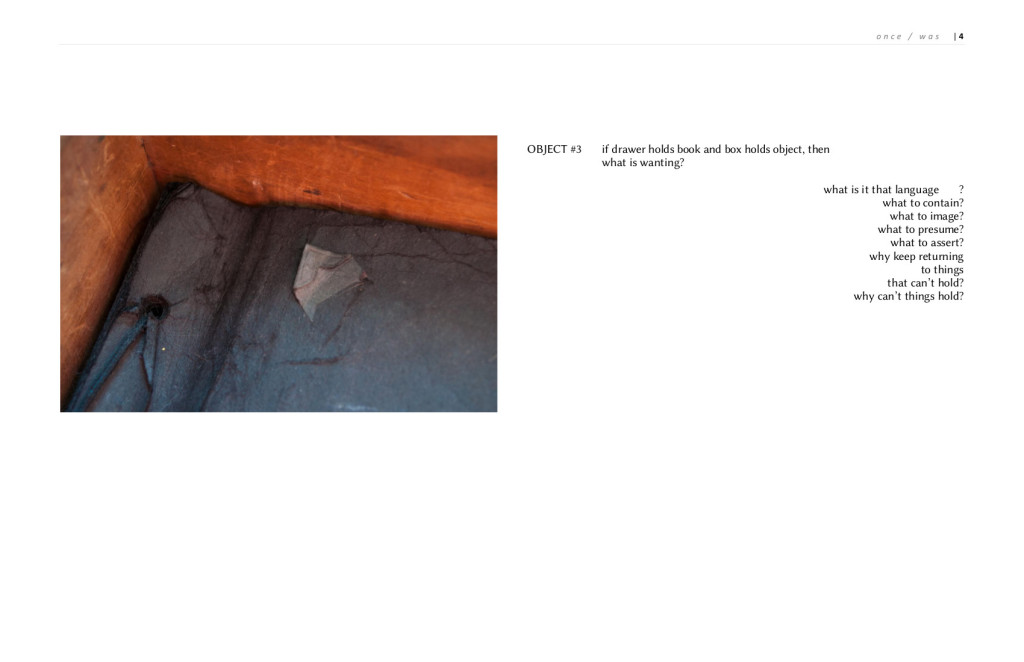 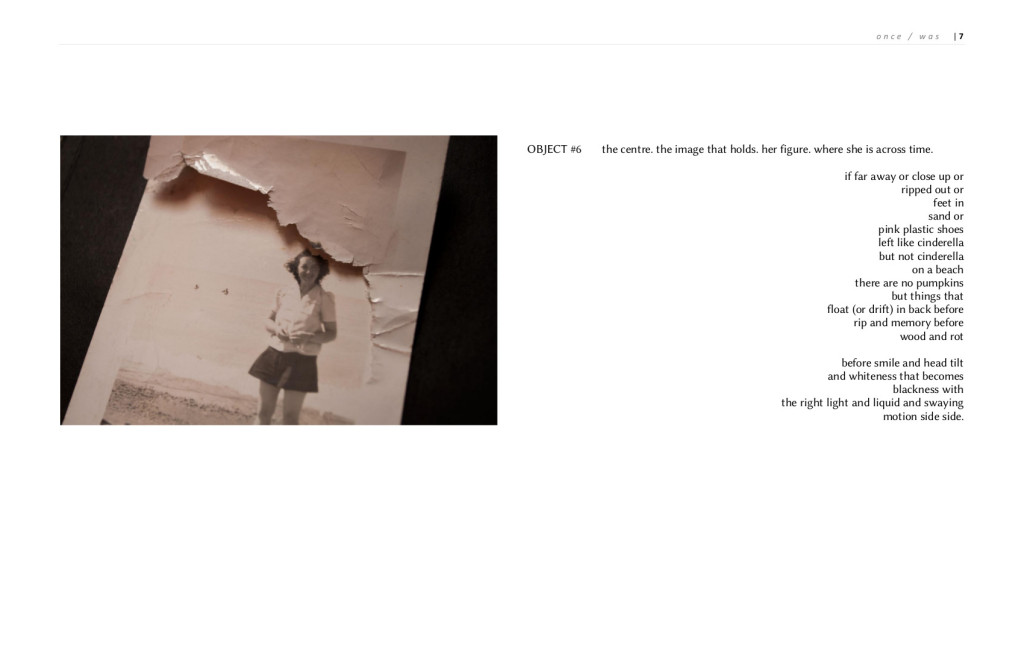 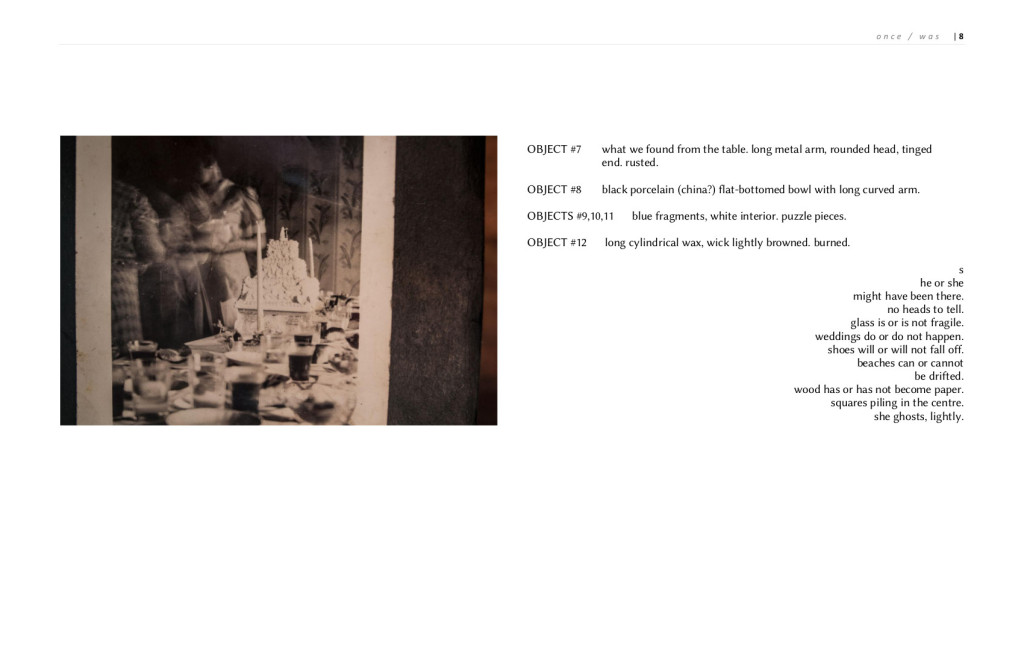 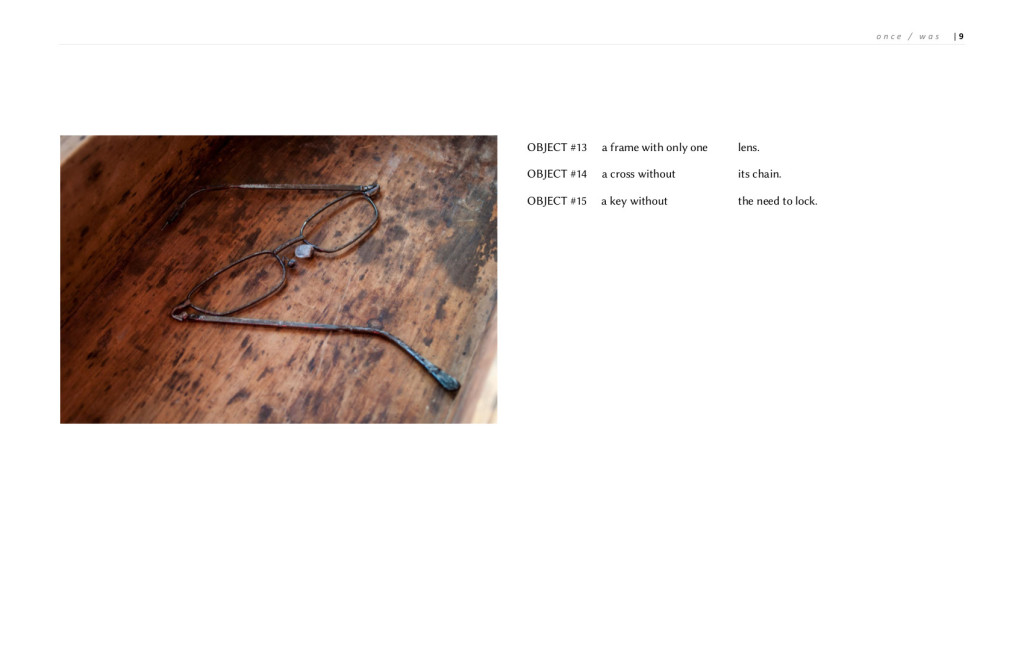 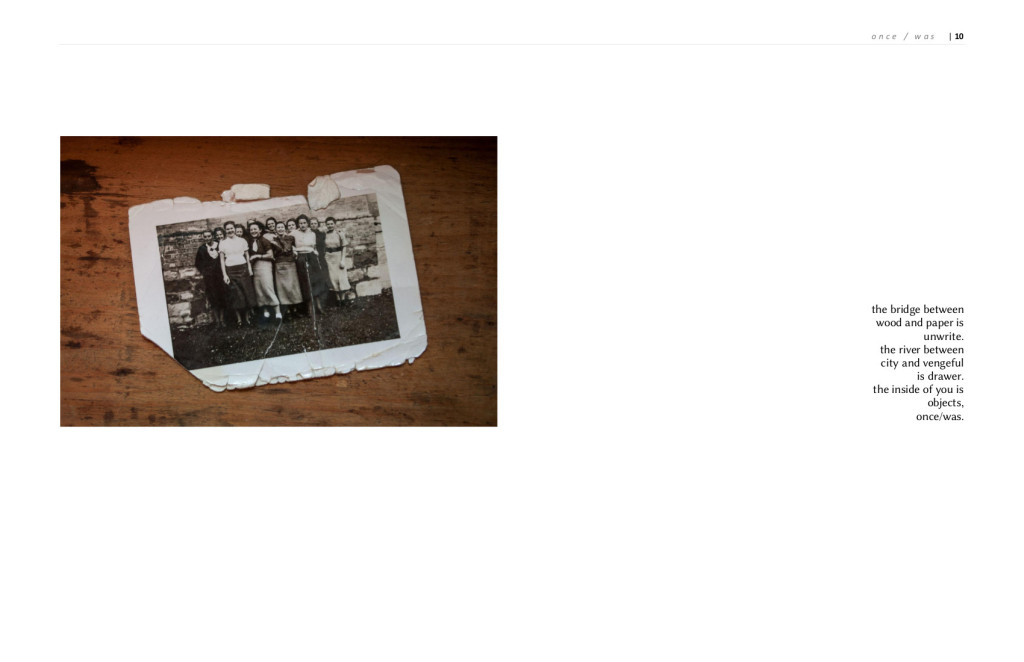 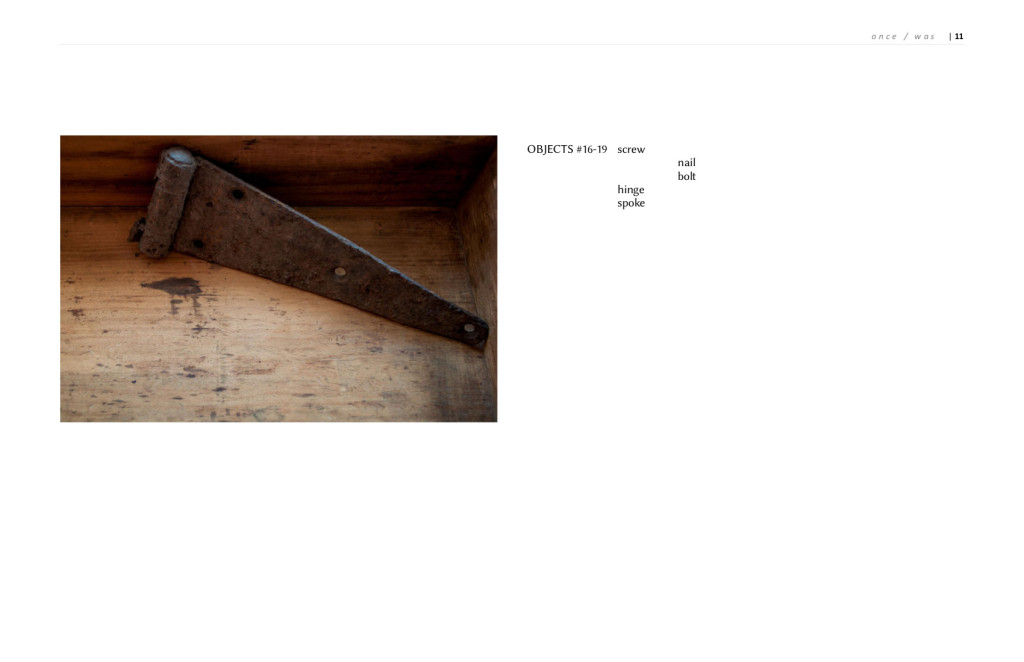 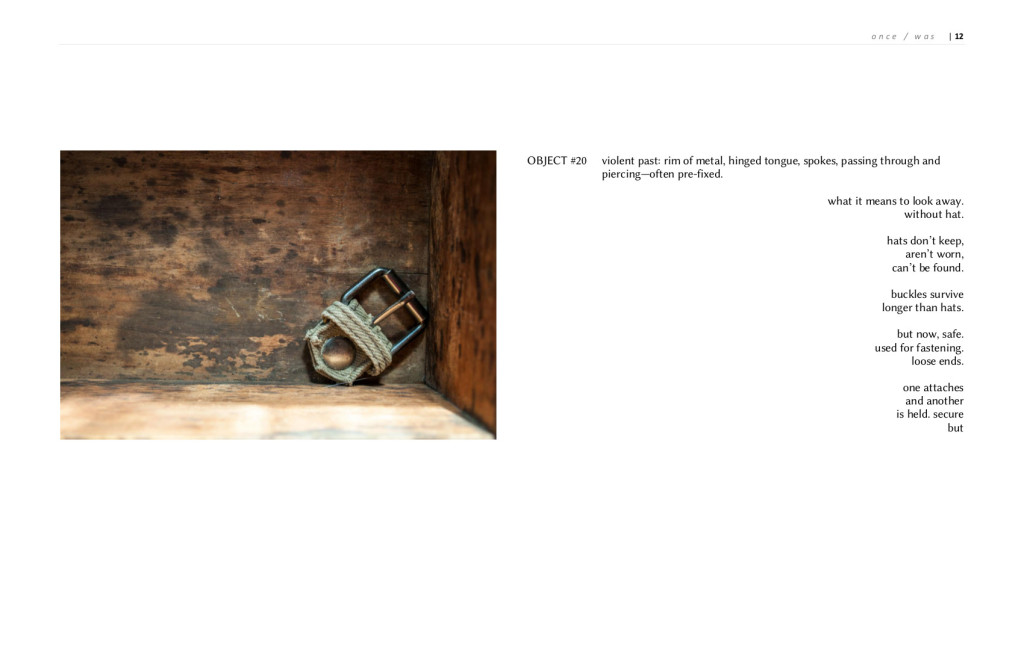 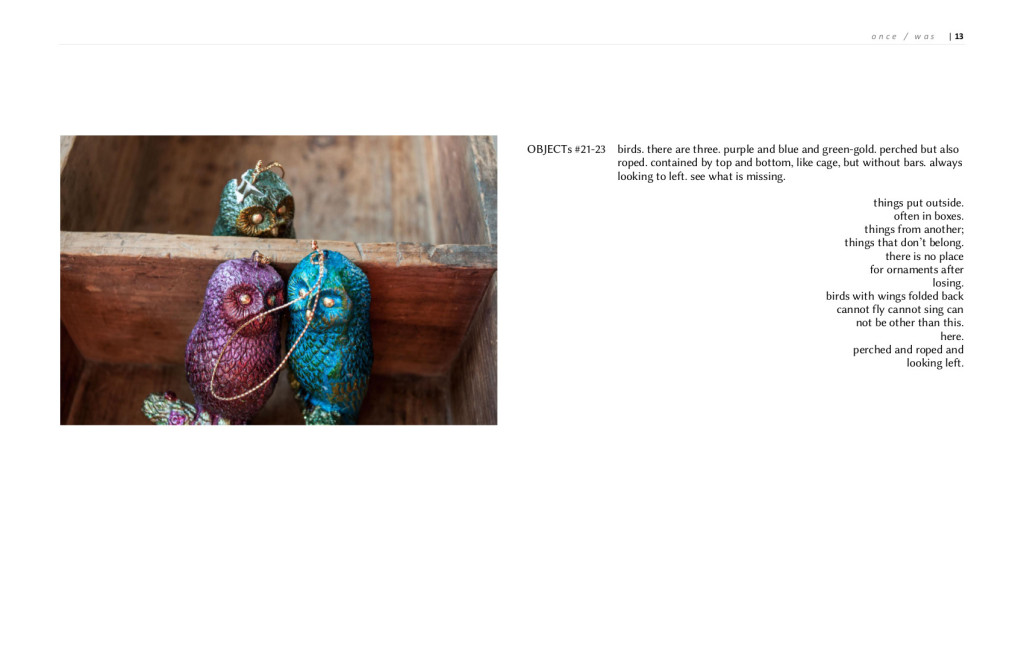 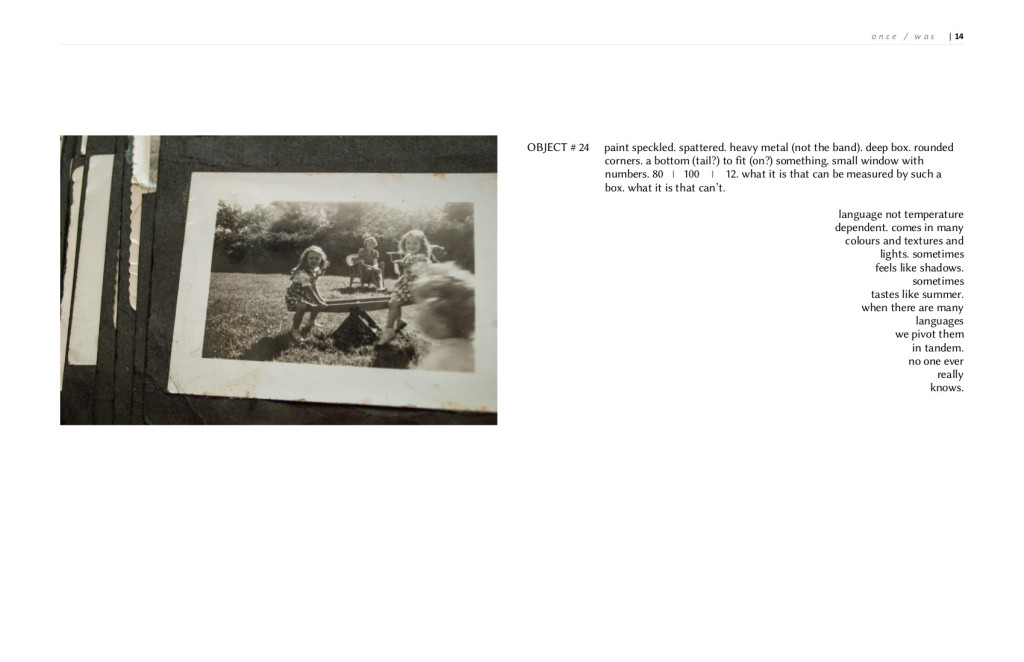 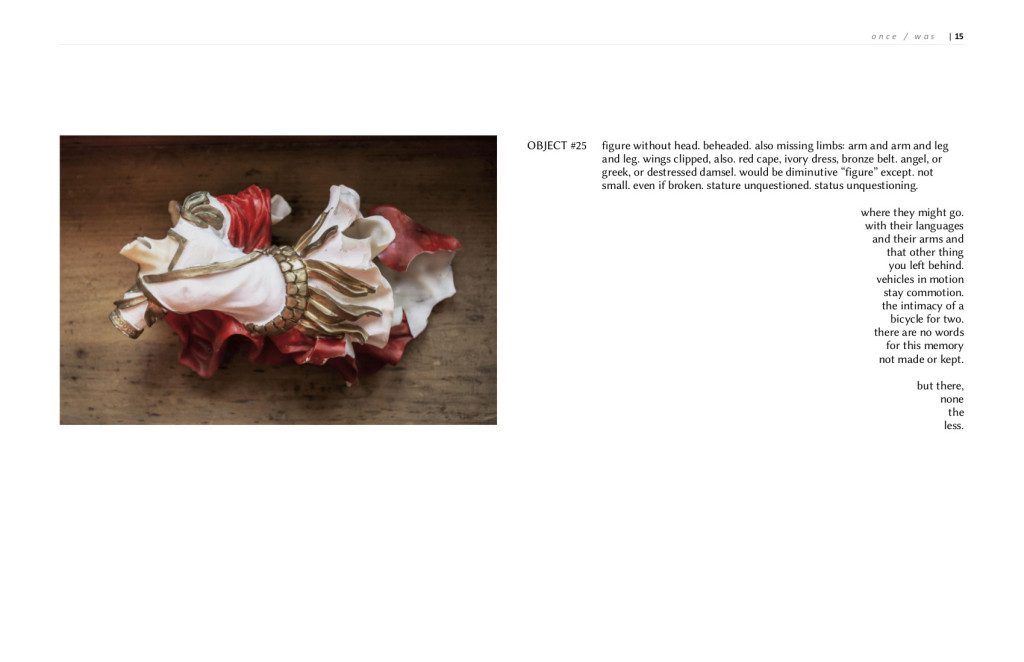 Born in London (the younger one), Brandy Ryan studied poetry and poetics at the University of Western Ontario and then at the University of Toronto, where she received a PhD in 2008. She writes poetry, watches hockey, and hangs out in art galleries. Various pieces of her work have appeared in Misunderstandings Magazine, ditch, Media Tropes, White Wall Review, dear sir, and The Windsor Review. full slip, her first chapbook, was published by Baseline Press in 2013. once/was is her first foray into object poetics and part of an ongoing ekphrastic / found art hybrid that involves tidewrack from city streets and forest floors.

Kerry Manders is a writer and aspiring photographer whose work examines gender, memory, and mourning. She currently teaches in the Department of English at York University, Toronto, and her essays have appeared in Latch, MediaTropes, Magenta Magazine, C Magazine, and The New York Times.