When I became a San Francisco probation officer, I hadn’t expected to do drug sweeps. Drug sweeps are typically performed by police better trained in the use of force. But one day, a dozen of us were deployed on a two-month sweep. Our task was to pat down our probationers and smash their vials on the sidewalk. 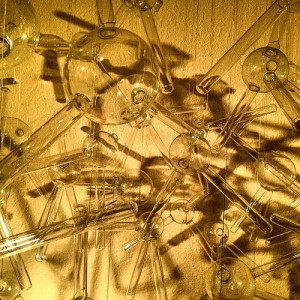 Working in pairs, we cruised the Tenderloin, the Western Addition, and Powell Street—seedy pockets of San Francisco where ten dollars buys a vial of crack. Or maybe a pinch of cornstarch if a customer is not a regular. Some customers, noticing our black probation officer jackets, complained to us after blowing their money on cornstarch. They wanted us to cuff up the dealers that gypped them and drive them to jail. But although selling a lookalike substance is illegal, the crime didn’t evoke our sympathy or concern. Instead we focused on breaking the vials, dropping them on the sidewalk and exploding them beneath our boot heels, utterly indifferent as to whether they contained crack cocaine or cornstarch.

My partner, Ron Rosso, a roguish Italian, chided the probationers while searching them. “Spread your legs wider,” he quipped as he patted them down from behind. “Pretend it’s your lucky day.” Since our mission was an inherently dangerous one, I was grateful when the probationer laughed along with him. For my own part, I assumed an expression of total neutrality, as though I were a plumber repairing a leak. Don’t mind me, my body language said. I’m only here to fix the pipes.

We wore Second Chance vests beneath our jackets, which we fortified with steel plates. Heavy police duty belts hugged our waists like orphans. Our consignment of field items—pepper spray, handcuffs, tasers, batons—clung tenaciously to our belts, and the Glock 40s locked into our holsters gave us the aura of urban cowboys.

Much of the time we felt overly equipped. The dealers would spot us from a block away and vanish like startled cats. Our probationers would greet us meekly and allow us to empty their pockets. But it wasn’t the conventional criminal that concerned us. It was the freak, the aggressive loner, the nut who, in a psychotic moment, might hurl himself upon us and try to take us out. And there were plenty of them in San Francisco: predatory panhandlers, raving schizophrenics, religious zealots with fierce yet vacant eyes.

We were out there to show that the probation department was getting tough on drugs. Our orders came from an out-of-touch supervisor, someone who had probably never worn a field jacket, worked a caseload, or faced the business end of a gun. A politico hoping to justify his existence by placing ours in jeopardy. But there were compensations to roaming the untamed streets. The city was cool and breezy, the prostitutes curvy and lithe. And Rosso, who loved to eat, knew the best ethnic restaurants in town. And so we performed our shakedowns, content with the knowledge that at least we would be dining well.

After a week of breaking vials, I noticed we were being followed. We were doing our frisks on Powell Street, a trash-littered neighborhood where tramps squatted in doorways and police cars rarely stopped. That is when I noticed a large cloud of homeless people on the opposite side of the street. Their faces seemed uninhabited; their eyes were sunless and wild. And they tailed us with the tenacity of shadows. When we paused, they paused; when we moved, they moved; when we propped a probationer against a wall, they tarried like crows on a fence. I loosened my taser as I watched them, but their expressions were not hostile. It wasn’t us they were interested in; it was the crack smudges on the sidewalk.

I glanced at Rosso and shook my head, underwhelmed by the fruits of our mission. We were hardly ridding the streets of drugs; we had simply created a cost-free supply. The moment we drove off, these vagrants would descend in a pack, elbowing one another aside in a frenzy to lick the residue from the pavement. They did not seem a natural part of the city, more a tribe of lepers. And we had only contributed to their isolation.

As we slipped back into our cruiser, I felt a sense of transgression, as though we were conspirators leaving the scene of the crime. Fascinated, I looked at them one last time. I was hoping we might have spooked them. I was hoping they might move on.

But their eyes stayed upon us as we pulled away from the curb. They looked like pigeons ready to feed.

James Hanna wandered Australia for seven years before settling on a career in criminal justice. He spent twenty years as a counselor in the Indiana Department of Corrections and has recently retired from the San Francisco Probation Department, where he was assigned to a domestic violence and stalking unit. James’ familiarity with criminal types has provided fodder for his writing.

James’ novels are available on Amazon in both paperback and Kindle. His debut novel, The Siege, depicts a hostage standoff in a penal facility. Call Me Pomeroy, James’ second novel, chronicles the madcap tales of a street musician on parole who joins Occupy Oakland and its spinoff movements in England and France. He does not join for political reasons but to get on television, attract an agent, and land a million dollar recording contract. Grady Harp, Hall of Fame Reviewer, calls the book an instant classic.

Three of the tales in Call Me Pomeroy were serialized in Empty Sink Publishing prior to the release of the book. A second edition of the book is now available on Amazon. The book includes a brand new misadventure entitled “Pomeroy and the Black Widow.”