Such a Wonderful Evening

He needed to calm down, but he didn’t smoke. So he stood on the garden terrace holding an imaginary cigarette in his hand.

His eyes focused on the V formed by his index and his long finger. He moved it close to his pouting lips and drew a breath. He exhaled. After about five minutes, he assumed the cigarette was finished. He dropped the imaginary stub and crushed it under the heel of his shoe. 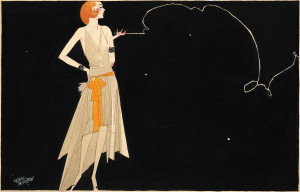 Maybe I should have another one, he thought.

He looked around and then up. The bluish-black sky glittered with stars. It was such a wonderful evening to lose your mind.