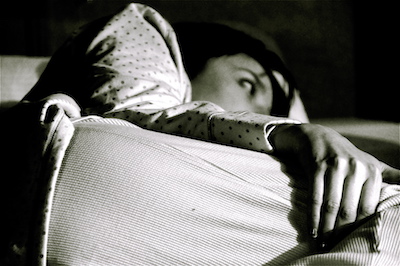 You’re a tommyknocker.
You wander the abandoned corridors
of my brain, brushing aside cobwebs,
peering inside doors ill-fitting
or listing on one hinge,
seeing rooms upon rooms
debris-littered and jumbled,
banging on pipes.

And you do this every night,
but only at night, jolting me awake
with your clanks and thumps and squeals,
lying in wait to leap out at me,
and shouting with childish glee
when I start and shake.

He cuts the sod with the spade,
blade sharpened just this morning
for this, a perverse desire to make
the edges true. As he lifts
strips of grass and sets them aside,
the sun fingers its way over
the shoulders of the hills,
burning off the night’s fog. Already,
sweat stands out on his straining forearms.
He looks back at the dog,
deaf now and going blind, her head
cradled on her paws, fur matted
though he’d just bathed her yesterday.
He had not wanted her to follow him:
it seemed an obscenity.
The ground here is rocky
beneath his shovel, stubborn like
the old sheepdog. Seventeen years
she’s held on, heeling to him
as he circles the fields, checking
fences and stone walls marking nothing.
A long time. They both know
it’s time to go, so he steels himself,
one spadeful of dirt at a time.
Dig deep, he thinks, glancing from dog
to hole: maybe not today, nor tomorrow,
but soon. Best to be ready.

Father of her, uncle of him,
he’d pitched for both a lean-to
of canvas and sticks
in the vastness of sand sparkling
under the noonday sun of July.

A trick he’d learned
in the merchant marine
lifetimes before either was born,
the makeshift shelter keeps
their milky Irish skin
(paler still in the black
and white print) from
the blistering redness of summer.

Their five-year-old toes
burrow away into the sand.
Neither looks up; both wear
the concentrated frowns
of lost childhood.
Beside them, unnoticed,
his shoes, dress black,
line up side by side,
an incongruity, a reminder
that this moment of time,
this day in the life,
is not, by far, the only one.

Anne Britting Oleson lives and works on the side of a mountain in central Maine. Her writing has appeared in literary magazines worldwide. Her chapbooks are The Church of St. Materiana (Moon Pie Press, 2007) and The Beauty of It (Sheltering Pines Press, 2010); two other chapbooks, Trains, Planes and Automobiles (Portent Press) and Counting the Days (Pink Girl Ink) are forthcoming, and a novel, The Book of the Mandolin Player (Bedazzled Ink) will be published in 2016.