DREAMS
“The dream is a little hidden door in the innermost and most secret recesses of the soul, opening into cosmic night.” ~ C.G. Jung

Little doorways into nowhere
filled with nothing 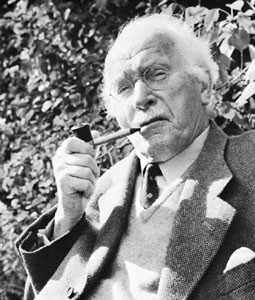 out of somewhere, like a speck
before beginnings, endings,
and everything between
began.

Everything
squeezed into nothing
no larger than a subatomic particle
or a grain of sugar
swimming in a vacancy of sand.

Step across the threshold, if you dare,
into Caligari’s Cabinet where
all is lost and nothing found
except discarded wrappers

“Dubble Bubble” bubble gum, made by the Fleer’s company, was possibly the most popular brand of bubble gum among children of the 1940’s, including myself. It was temporarily discontinued during World War II because it contained materials thought to be essential for the war effort.

Come out to play.
Come out.

Come out to hide and seek
for pennies in each others’ pockets,
and things that peek from empty sockets

and an index finger
pointing to graffiti on the wall.

Come out come out

and into the moonlight
where I’ll teach you fear.

Inside
the cloud of unknowing,

the known and the unknown,

and the names of the uninvited guests
knocking at the doors, calling at the windows,
dangling from the rafters, shaving in the mirror.

Our vines, our tender vines have raisins
where there once were grapes
and the promise of wine
instead of vinegar and water,

and a drop of blood for every plague,
every first-born, every locust
in a feast of locusts

for we who are about to die.

Larry lives and writes in a small mountain community, seven thousand feet above sea level in the San Bernardino Mountains of SoCal, with his two pit bulls, one black lab, and three formerly-feral, indoor cats.