What I Never Told You

While weaving through traffic, I passed a Chevy Astro, and I couldn’t help but think of you. A friend of ours told me you joined the Air Force and are settling into your new life fairly well. It’s a relief to know you’re miles away; who knows what I’d be if you were here.

I’m back in town now, working my life away and going to school. Although my mind is elsewhere, it seems I have fallen in love again. Maybe not love, but I am infatuated nonetheless. Too bad they’re too oblivious to notice. Sound familiar? I worked so hard to gain your attention and, once I got it, I didn’t want it. I hope it’s different this time, if there is a this time.

Do you remember the day we skipped? High school made us feel invincible at times. We threw on our shades and headed towards the mall in your mother’s maroon van. Neither of us knew how to get there and asking directions never crossed our minds. I held your hand and hoped we’d end up somewhere.

About an hour into our trip, you conveniently realized that the gas gauge was broken. Our invisibility was over. It didn’t take long before we were on the side on the road in the middle of nowhere, surrounded by pastures. As if you could read my mind, you grabbed my shoulders and shook me while locking eyes.

Too bad your promises meant nothing more than your empty I love you’s.

The homes in the area looked aged, only a single storm away from collapse. Only one appeared promising. Sliding out of the passenger seat, I took a deep breath and opened the door. The shabby house seemed so far away and, although it was early, it was at least ninety degrees outside. Stretching our legs, we walked. But we knew better than to lace our fingers out there. Too deep in the sticks for open minds. We were fucked, and I knew it.

It was so dry out that day, the grass crunched as we approached the mysterious home. My knuckles turned white, I clenched them while banging on the door. I could hear the creaky floors as someone approached the peephole. The wooden screen door flung open, and we both jumped in fear.

“Can I help you two?” a slender white man said. 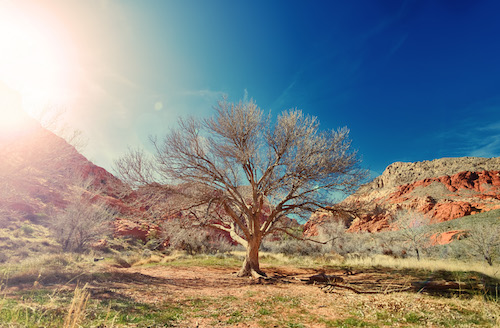 “Yes sir, our car broke down. I think we just need some gas. Any chance there’s a station near by?” I said in a voice so childlike, I couldn’t recognize myself.

He didn’t appear to be a killer. The man gave us a questioning look while examining our uniforms. Obviously we were up to no good, but he chose not to comment. Instead he nodded and showed us to the truck. The visible rust chipped away the paint on the beat up Ford.

Do you remember how I pushed you into the middle seat to avoid sitting close to him? After all, it was your fault. Although we were only inches from the stranger, I still felt safe next to you.

We silently made our way to the Citco, hoping that we hadn’t been granted a death wish. Thankfully, we arrived safely. You threw your money on the counter for a gas can and a couple of gallons while the white-haired man waited in the truck.

Outside, I filled the can while you called your uncle to check in. Someone needed to know where we were in case we never made it back. I hadn’t even spoken to my parents that day. I hoped they knew how much I loved them; if I could get home in time, I’d be okay.

The trip back to the van was endless. Between watered-down hymns and mindless static, I needed to breathe. But you smiled, and for a second, I thought that maybe we could make this work no matter how many people were against us.

After thanking the man, we jumped out of the truck and ran. I remember praying with each drop, tilting the gas can with shaky hands. You sat in the driver’s seat, slamming your hands down on the wheel with a sinister laugh. Luckily, the piece of shit started.

It was now eleven, and school ended at three.

“What would you have done if it hadn’t started?” you nonchalantly asked.

“I would’ve called my mom, you asshole. Now take me back home, please.”

You had one hand on the wheel and the other on my knee while the radio hummed in the background. It was almost one in the afternoon, and we were still an hour away from school. Your fingertips grazed my thigh while my face flushed in anger. Your timing never was the greatest.

“If you think that’s happening right now, you’re insane. I can barely look at you.” I spat.

You stretched your eyes as if you’d never been told no. “What’d I do?”

“Keep your hands off of me and your eyes on the road.”

I moved your hand away while shifting towards the window. My eyes grew heavy as the lifeless trees faded from green to brown. I was just as guilty as you, but you were so easy to blame.

I’d made it back in time to catch the bus home without my mother knowing where I’d been. As I opened the door, I swallowed hard to avoid the bitter lump in my throat. Her eyes met mine, and it was apparent she knew. She asked me where I’d been and my mouth immediately betrayed me, spitting lies. I couldn’t tell her the truth.

“School called, you never showed. I’ll ask you again, and this time it better be the truth.”

Before she could ask again, I blurred the truth. “I went to the park with a friend.”

It wasn’t a complete lie. We did go to the park after we arrived back in town, remember? But she knew that you weren’t just any friend. You were the friend I’d been sneaking around with.

I remember a handful of my hair being wrapped around her fist. She tossed me around like a ragdoll hoping that shaking me enough would somehow change me. And in some way, it did. That’s the part you never got to hear, because that summer I disappeared, moving away with my dad.

In your mind, an elaborate scheme to eventually run away together was going to solve everything. The failed mall trip didn’t matter. I was upset because at the time, I only wanted you. Nothing more. And although you knew we would never be accepted, you were somehow okay with that. I’m sure you don’t think about me now. But for what it’s worth, I truly hope you’re doing well wherever you may be. Even if you never understood, distance is the best thing that could have ever happened to us.

Briana Goins shocked not only her Creative Writing class but also herself by unexpectedly revealing this captivating piece. She is a young writer who currently resides in the tiniest of towns while working toward her undergrad at The University of North Carolina at Pembroke. Aspiring news anchor by day, elliptical writer by night. This is her first publication.