Triggered by some hitherto dormant meme, the mannequins left their props behind.

A set of golf clubs,

Across the country, shop windows became empty. In homes and offices, plastic goods quivered, itching to move. Blessed with legs, only the mannequins became mobile, though some older models were fixed on rods or simply lacked feet. Others were in parts. Dismantled and disregarded, they could only twitch in their disembodied state. The newer generation left them all behind.

At first the mannequins were disoriented. Some stayed in the cities and towns, others moved to the countryside. They tried living like Men and Women. Gangs of ten or twenty reduced themselves to family-sized groups just to fit in. The child models reclaimed their scooters and skipping ropes and tried to make friends with the children of Men and Women. A few mannequins returned to their old lives in the shop windows, but it wasn’t the same. After a while, Men gathered them, coaxed them towards a purpose. “Fight for us,” they said, “If you get injured we can rebuild you. We have plenty of spare parts.”

By this time, the mannequins were somewhat organised. Their leader was a handsome fellow that had previously modelled designer jeans, topless. Most of the other mannequins admired his chiselled jaw and well-moulded pecs. They trusted him to make the right choice.

But war did not suit the mannequins. Under fire, their plastic skin crackled and blistered or simply melted away. Hands and feet were blown off. Unable to get up again, many lay for days in mournful spasm. Money ran out, so instead of making new parts, the Men resorted to raiding the older generation of mannequins. Disabled by stiff old hands, broken-toed feet, and rigid torsos, the army of mannequins became useless and resentful. They lost battle after battle.

Very soon the Men ran out of replacement parts. Some broken mannequins deserted their posts, returning to the shops of their hometowns, loitering, touting for forgiveness. The Men and Women turned away, forgetting what the mannequins had done for them. The remaining mannequins soldiered on, making the best of what they had.

Their leader, his sculpted chest peppered with shrapnel, languished as a prisoner of war in some foreign country.

Eventually the Men decommissioned the dummies. The mannequins had lost too many limbs, suffered too many injuries. The essence of them dispersing with each loss.

The meme faltering with each

So the Men gathered the mannequins again and, breaking them into separate pieces, melted them down. The heat triggered some hitherto dormant mutation, resolving the mannequins into a new model army. 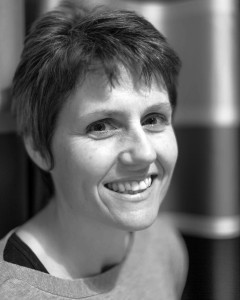 Pam is a British writer who has been published in several anthologies, both in traditional format and online. In 2015 she was long listed for the Bristol Short Story Prize. A crime writer at heart, she recently won a crime short story competition judged by Mark Billingham and is an award-winning writer featured in the crime anthology Northern Crime One. She has also self-published her YA novel, Akos Novus, a contemporary conspiracy thriller on Kindle.