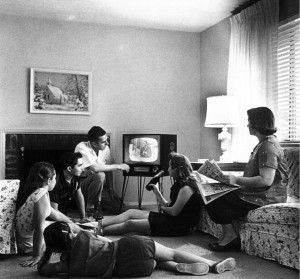 when you’re stripping a corpse, first slit the skin
until you reach the fatty layer directly underneath. slice
between the skin and this fatty layer first
and the skin will come off more easily. removing the skin
will make separating the muscles and tendons from the bone
that much easier.

this is a lesson I can apply
to any dead body: the neighbor I need to dispose of
the bird I’m preparing for dinner. I watch
my hands dispassionately cut down the front of the dead chicken
with a pair of sharp scissors, my fingers
scraping out the organs, quickly, efficiently, imagine

would it really be this simple?

WHAT THOSE PEOPLE DID TO THAT POOR OLD MAN

After his wife passed on, old Giles
was all alone, and it seemed he liked it that way.
After a week of quiet, solitary reflection, he was seen
walking alone down by the river
whistling at birds and smiling to himself.

The girls in town said he made them
twitchy, even before his wife passed on
said he was the one who sent specters to their rooms
to watch them undress and bathe, and pinch them
hard and improper, said it got worse after his wife died.
One of them claimed they saw him hiding one night
just outside the house, eyes glowing in the moonlight
evil intent all over his face.

No matter what they did to him
they couldn’t get Giles to confess either way
couldn’t get him to point his finger at another party
couldn’t get him to pass the blame. In the end, he just stopped talking.
He stayed silent even when they piled
the rocks, one after another
on his pale, emaciated chest
only letting out a tiny squeaky wheeze
just before the bones gave way.

Holly Day has taught writing classes at the Loft Literary Center in Minnesota since 2000. Her poetry has recently appeared in Oyez Review, SLAB, and Gargoyle, while her recently published books include Music Theory for Dummies (3rd edition), Piano All-in-One for Dummies, The Book Of, and Nordeast Minneapolis: A History.