For Matthew and Somewhere in the Future You Are Remembering Today

Today I am thinking of you and Michigan. I remember all the books we collected, stacked on the floor against the wall, and the warped alley-found mattress angled between the kitchen and bathroom. One weighs one’s purchases of necessity is something you would have said. Somewhere in there when the money ran out, we stopped going to the bar, instead we pooled the occasional dollar to buy a cheap bottle. I don’t think it was ever much about the whiskey, it was more about the walks to the store.

A radio, either turned up or turned low, played forever that summer. I remember it raining a lot. It always rained when we wanted it to, when we felt like talking and staying in all night. On nights like those, we stayed up late, our shadows twelve feet tall against the wall, laughing, planning what we were going to do with our lives. Then, at some point, late in the night, our insides would only talk, silent on the outside, pretending not to know this wouldn’t be forever, already missing one another.

An earlier version of this piece was originally published by Rollick Magazine in February 2016.

Somewhere in the future you are remembering today

You found out rather painfully that love moves to places like New York without giving two weeks notice. You want to see something else happen, but it just doesn’t. But, you and she had a good time with it all. You try to rationalize it; making lists keeps you somewhat sane. It’s the start of something else, as someone one day before now said to someone else in a similar situation. She said New York City is the greatest place in the whole world, and she had to go back. You remember her saying it had something to do with the timing just not being quite right. Perhaps if you had met a month or two, but she had already made up her mind to move back east. What could you say? No, don’t leave; stay with me? A few months would pass, and she would eventually grow tired of the couples-sex. That’s the way it goes is a cheap, overused position of mind to take, so you’ll try to find a better job here soon to justify why you stayed and didn’t go. You’ll write a list, rigging it where it the cons outweigh the pros of whether or not to move to New York with her. You’ll type up twenty-seven-and-a-half copies to keep in various drawers around the house, in case over time the one taped to the fridge needs a new replacement. 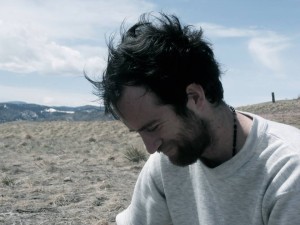 Jack C. Buck, originally from Michigan, lives in Denver, Colorado, where he is a middle school teacher. He loves Michigan and Colorado just the same. And, baseball and reading just as much. Mr. Buck has a collection of flash fiction being published this fall. He thanks you for reading his work. Find him on Twitter @Jack_C_Buck