Jimmy Pro hit the subway turnstile at full tilt. We stopped for an impromptu bathroom break on the way to Chelsea’s Milk Gallery. Draining your lizard is a priority at over seventy, especially when you are jammed tightly in a car of a lurching train.

We thought we could just slide in and out of the station long enough to find a restroom. We were hauling some serious ass to hear a presentation by the big time New Yorker photographer, Platon, who was delivering a serious rap about some of his recent work. 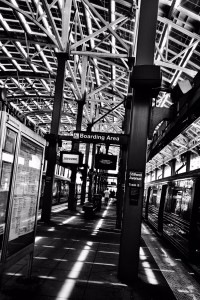 Jimmy and I meet up a couple of times a year to work on our emerging photographic technique, Forensic Foraging. It focuses on plodding, throwback techniques that are mostly now eschewed by younger, techno-driven shooters.

We thrive on photographing the mundane using simple techniques highlighted years ago by Kodak in their Brownie Hawkeye Camera Owner’s Manual. Our credo trumpets “straight out of the camera” with little computer manipulation.

Jimmy is seriously addicted to the New Yorker. He devours it weekly in his Sydney, North Beach haunts. As he swills his java, he especially venerates the toney writing and the twenty-page features on contemporary issues. He gravitates immediately to Platon’s photographs which differ immensely from ours even as his often flirt with instant immortality.

Platon has a big rep in the New York photog world while we labor in near obscurity being only ex-US Army photojournalists with a near fifty-year friendship going. Platon’s stark images are so arresting that even hardened minimalists like us are drawn into his flame. We hoped to hear the great man in person if we could only speed through the rush hour underground to the famous Milk Gallery.

Negotiating the trains on the fly is a Gotham City survival skill of the first order. You have to pace yourself and not let multiple flights of stairs burn you out. Zig-zagging through the crowds is behavior usually restricted to water bugs. But the deft Metro Card swipe can make or break you. Getting through the turnstile on the first try is imperative. It requires soft hands and riveted concentration akin to that of an NFL wideout.

Jimmy, being an ex-Ivy League D-back, had the card swipe down to an art form. He raked his Metro Card through the slot in a single, smooth, steady movement. Then he rolled his thick body into the unlocked turnstile in a quick, flowing motion. I, on the other hand, often swiped my card only to encounter an immobile turnstile. My card swipe was herky-jerky and half-assed. I am from North Carolina, and big city finesse is way above my pay grade.

On this busy evening, the Platon lecture was at the top of our agenda. As writers, we were accustomed to rejection, but that night offered up full force rejection. Jimmy unleashed his usual slick card swipe, but as he glided into his infamous turnstile roll, things turned to shit in a hurry.

The silver gate was unyielding. Jimmy hit the barrier like the proverbial ton of bricks. His body went vertical in a flailing downward jackknife. His head went over the turnstile and straight down to the pavement. On their way up, his heels missed my nose by a hair, as I trailed him closely anticipating another snappy subway entry. People behind me accordioned into my rumpus as I ground to a dead halt.

Our bathroom break in Bryant Park outside of the 42nd St. Station set the eighteen-minute, no-reentry rule in motion. Our Metro Cards were disabled, and Jimmy hit the gate with a dead card paralyzed by the MTA bureaucracy. The blessed relief that we enjoyed as we emptied out in the public restroom was quickly eclipsed by Jimmy’s spectacular header as he rushed back to the platform.

A subway cop witnessed the melee that Jimmy caused at the gate. Nobody else was hurt, although several commuters behind me sprawled out on the pavement. The officer offered to call an ambulance, but Jimmy demurred as somebody handed him a cup with ice to press against his throbbing forehead. A street musician muttered something about the “damned eighteen-minute rule,” and we looked at each other in stunned amazement. By now, more than eighteen minutes had passed, and our thoughts somehow turned back to Platon.

Jimmy was still very shaky, but we got on the train and  finally made our way to Chelsea. We eased into the crowded Milk Gallery, and we found Platon holding forth before a throng of photography devotees. We were pretty late, and he was winding down by chronicling the background about his “Service” exhibition, which was showing there now.

All of the images are quite well known. They offered stark insights into the aftermath of the Iraq War. One of the most famous pics shows a grieving mother draped around her son’s tombstone at Arlington National Cemetery. He was an Islamic American GI killed in combat. The Quran and other Muslim artifacts are visible at the gravesite.

Platon vividly described his meeting with the mother to discuss his planned shot. In his clipped English accent, he related the poignant story of how the dead soldier’s personal effects had arrived at the family home in a prim box. The mother eventually opened it to find that her dead son’s clothing had been washed and neatly folded. Her most fervent wish to smell his body scent one last time was dashed by blind military efficiency. People in the Gallery openly wept at the pathos of this revelation.

I was shell-shocked by Platon’s story and our earlier subway drama. As I reeled, Jimmy moaned and swayed precariously. He was obviously concussed and in need of medical attention. Moreover, Platon’s anecdote triggered my memory to retreat back to a dreaded place.

It was December, 1968, and my infantry unit was pinned down in Antenna Valley south of Da Nang by crack North Vietnamese regulars. I hadn’t flashed back in years, but Platon’s chilling images and tender commentary proved to be a catalyst deep in my cerebral core.

I spent every moment in the Army up to that long ago day with a young carpenter from Cincinnati, Mike Bach. We were drafted together at Fort Bragg, and we stayed in the same training units all the way to Alpha Company, the Nam, and combat. We then were placed in different platoons of the same rifle company. He was tall and strong, so he landed a job humping the field radio for his platoon leader. The long radio antenna made RTOs an inviting target for enemy snipers. Mike took a lethal round that day as we walked headlong into an NVA unit on the move off of Nui Chom Mountain.

I later visited the Vietnam Memorial in DC to pay my respects to the dead carpenter. When he died, I penned a heartfelt description of the printable details of his death to mail to his family. Now, the Islamic mother’s gut wrenching lament for her dead son’s body scent triggered long suppressed torment deep inside of me.

I could picture Mike’s young, smiling face vividly, but I could not remember a single iota about his voice. No audio replayed in my mind. Once again, the Jungle War engulfed me when I least expected it.

Jimmy was concussed, and I lapsed into a disbelieving funk. For us, things screeched to a halt. I headed to the hospital with my head down to hide my tear-stained cheeks.

Jimmy finally got checked out, and I eventually drank a couple of beers in search of sleep. The next day we gingerly continued shooting the city utilizing our throwback technique, Forensic Foraging. We captured every scene along the way in a funky, minimalist style. Maybe some photography mag might profile us before we hang it up? The odds are against anachronisms like us. Photo mags aim their advertising to young techno-driven photogs. Not much chance they will give us any play.

We hope to shoot again together soon. Jimmy always carefully lays out sensational venues for us to forage. I don’t yet know where we will wind up, but the odds are extremely high that we won’t see many shiny turnstiles.

I may well sleep again in Jimmy’s favorite road haunt, the Motel 6. We might even experience escapades that will surpass the drama of the subway and the Milk Gallery. But if I awake with a start in the wee hours of the night, I hope to hear a missing voice from the Jungle War. The familiar video in my old, fading mind could really use a final audio track. Then maybe I could say a proper goodbye to a young carpenter I knew long ago.

William C. Crawford is a writer and photographer living in Winston Salem, NC. He was a grunt and later a combat photo journalist in Vietnam. Jim Provencher is a teacher, poet, and lensman in Sydney, Australia. They met at Fort Hood, Texas in 1970 where they were Army photojournalists.