Penelope Primrose was the youngest member of the English Department at Prairie View High School. I was a ten-year veteran and the new Chair of the department. I was also the only sympathetic ear in the workroom when she spoke about her struggles with her American Lit class. And now she wanted my assistance before she began her next unit. “I love Steinbeck so much. I want this unit to be perfect.”

So we stayed after school Monday night, Ms. Primrose and I. We were in her classroom with its sun-loving plants thriving on the windowsills, a well-ordered desktop, and spotless bookshelves. Author posters covered the walls: James Joyce, F. Scott Fitzgerald, Dostoevsky, Goethe, Hardy, and, of course, Steinbeck.

The only thing in disorder was Ms. Primrose herself. She was nervous and unfocused at the whiteboard. Her once-crisp cotton blouse had wilted. Her dark brown hair hung in limp curls on her shoulders. She struggled with the lesson, stopping frequently and restarting, sometimes repeating the same facts, only louder. Finally she looked up from her notes, “You haven’t said anything for a while.” We’d been at it almost an hour.

Ms. Primrose ignored the comment and reshuffled her papers, ready to begin again. “There’s so much the students need to know,” she told me without looking up.

“Your lecture is ponderous, with too many facts. They won’t learn a thing.”

“It’s not my job to entertain them.”

“True. But it’s tough to teach them if they’re all asleep.”

She looked up from her notes and glared at me.

Perhaps, I shouldn’t have been quite so blunt. “Ms. Primrose, you’re tired. I am too. Let’s try this again in the morning after a good night’s sleep.”

“No, I need to get it right, right now.” She was adamant. “Tomorrow I introduce the Steinbeck unit. If it’s not perfect in practice, I’ll lose my nerve when I have students.”

I reluctantly agreed. Because she was a first year teacher, I’d been asked to mentor her. When I visited her classroom, I always found her over-prepared, anxious, and wound tight. Ms Primrose tried too hard.

Which was not to say she was ineffective as a teacher. She was disciplined, intelligent, and attractive. I was a decade older than her, and far more experienced, but she was knowledgeable, mature, and almost painfully eager. The students, especially the juniors and seniors, were patient with her, but wouldn’t be much longer if she didn’t loosen up.

I stood. “Let’s try again in the morning.”

She moved to stop me. “What can I do to get you to stay?”

I shrugged. I was tired and hungry and wanted to go home, even if it was to an empty condo. Just before school started in the fall, my fiancé packed up her stuff, cancelled our wedding plans, and pawned the diamond engagement ring to put a down payment on a used van for her Pat Benatar tribute band.

“Just let me try again,” Ms. Primrose pleaded, blocking the door. “I’ll do anything…” She sounded so desperate.

“Take off your shoes,” I blurted.

I believed she’d heard me the first time, but I said it again, sternly. “Take off your shoes.”

“And you said…” Ms. Primrose shook her head, not sure she heard me right. “Take off my shoes?”

“Yes.” I felt my face flush. “I’m a foot guy.” This wasn’t something I admitted to many people. “I love women’s feet,” I confessed, “but you hide yours in sensible shoes.”

“That,” Ms. Primrose told me sternly, “is more information than I need to know.” She blushed, too. Clearly she’d understood the sexual subtext. “I thought I could bribe you with pizza and a beer.”

“Nope. Just show me your feet.”

Ms. Primrose knelt down and untied the laces, then slipped off her black and pink shoes.

“Those are the Kuru Carrera’s, aren’t they?”

She looked up. “I beg your pardon?”

“I know shoes. All kinds. It’s a… hobby.” I avoided the word fetish. I stared at her stocking encased feet.

She wiggled her toes at me.

“What’s so special about Carreras?” she asked.

I exhaled. This wasn’t a conversation I was comfortable having. “You need something designed for standing for long periods of time. Those shoes are all wrong.”

Ms. Primrose gave me a disgusted look and planted her hands firmly on the hips of her tan pencil skirt. The nervousness that had paralyzed her earlier had dissipated. “And who made you a shoe critic?”

“I have more than a passing knowledge of good footwear. I get a lot of catalogs. I read the podiatry journals. Feet are important for people in our profession.”

“My obsession, Ms. Primrose, is feet.” Now I was the desperate one.

“But your interest isn’t just professional, is it?”

I shook my head.

“Eeeuuuh,” she said, before taking her place at the front of the room, ready to try again. “Ick,” she added for emphasis.

But something in her facial expression suggested something other than disgust.

“Half the men in your posters share my obsession. Joyce used foot play in Ulysses. Dostoevsky described men throwing themselves literally at women’s feet in both Brothers Karamazov and Crime and Punishment.”

“Are you telling me that Steinbeck was into feet?”

“Good.” Ms. Primrose organized her notes on the lectern. She ran her fingers through her hair, but then caught herself and stopped primping.

“Screw Fitzgerald. I’m talking Steinbeck here.” She looked up at me, my long legs stretched out in front of the student desk.

I’d taken off my glasses and was rubbing my tired eyes.

I looked down. “You’ve got socks on.”

She folded her arms. “You said you’d stay if I took my shoes off.” There was a smirk on her face. “My shoes are off.”

It was my turn to be surprised. Until now she’d been very formal.

“I think,” she clarified, “that when the students aren’t around, we should use first names.”

“Well, duh!” That’s when I realized the young woman was toying with me. Ms. Primrose was busting my chops because I was interested in her feet.

So I upped the ante. “Could I look at your notes? I know how to improve them.”

Ms. Primrose wanted to teach Grapes of Wrath to an American Lit class full of hormonal teens. Her ponderous introduction was guaranteed to switch them off before they opened the book.

She handed me the eight pages of single-spaced notes. “Very impressive.” I skimmed through them.

She beamed with pride but stopped abruptly when I tore the notes in half, and then in quarters, and tossed them on a nearby chair. “My notes—” she wailed.

I cut her off. “You love Steinbeck, don’t you? You’ve read everything he’s written at least twice including Travels with Charlie. You’ve canonized Grapes of Wraith.” I paused for effect. “Am I misrepresenting any of this information?”

She’s got fire inside. That was another revelation. “So get it right.”

We stared at each other.

She was the first to break eye contact. “What should I do instead?”

“Tell me something about Steinbeck that will make the students laugh.”

“His dog ate the first draft of Of Mice and Men.”

“He used three hundred pencils to write East of Eden.”

“Only three other authors have more books regularly banned in schools.”

“There’s your opening,” I said. “That’s how you get their attention. And you don’t need notes to do it.”

Penny recognized the truth of what I was saying.

“Fine.” She knelt and pulled off her socks.

“Spend five minutes on why schools ban his books, and another five on off-beat biographical details. Then tell the class why you are drawn to his work. Finally, explain why they should give a shit about Grapes of Wrath.”

Penny, now barefoot, stepped away from the lectern.

“Oh my goodness!” I exclaimed.

“Your feet, Ms. Primrose, are stunning: the perfect arches, the finely articulated ankles, the scarlet passion of your painted toenails against your pure white skin.” I hesitated. “Your toe cleavage… ”

I held my breath. Had I gone too far?

Then the tension melted from her body. “Thank you.”

For the next twenty animated minutes, she explained why Steinbeck was better than sex. She didn’t quite phrase it that way, but that was the essence of what she said.

After she finished, I walked Ms. Primrose to her car in the nearly empty high school parking lot, and she thanked me with a kiss on the cheek that thrilled me as if I was a teenager again.

For thirty-three years Paul Lewellan taught speech and English, and coached debate at Bettendorf High School. He then abandoned public education to teach Communications Studies at Augustana College, in Rock Island, IL. He has published over seventy stories in magazines such as South Dakota Review, Watercrest Journal, Porcupine, Big Muddy, The Furnace, Calliope, and Wild: A Quarterly. He has twice been nominated for a Pushcart Prize, and his story, “The Queen of Bass Fishing in America,” received Special Mention in the 2010 Pushcart Prize Anthology. 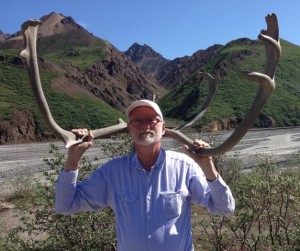 Paul believes that writers should follow Martin Luther’s advice to “sin boldly.” Paul’s wife, Pamela Druger, is his best critic, though she admits that his fiction sometimes frightens her. His latest (unpublished) novel, Twenty-one Humiliating Demands, chronicles an aging assassin who takes a sabbatical to teach Atrocity Studies at small mid-western university.