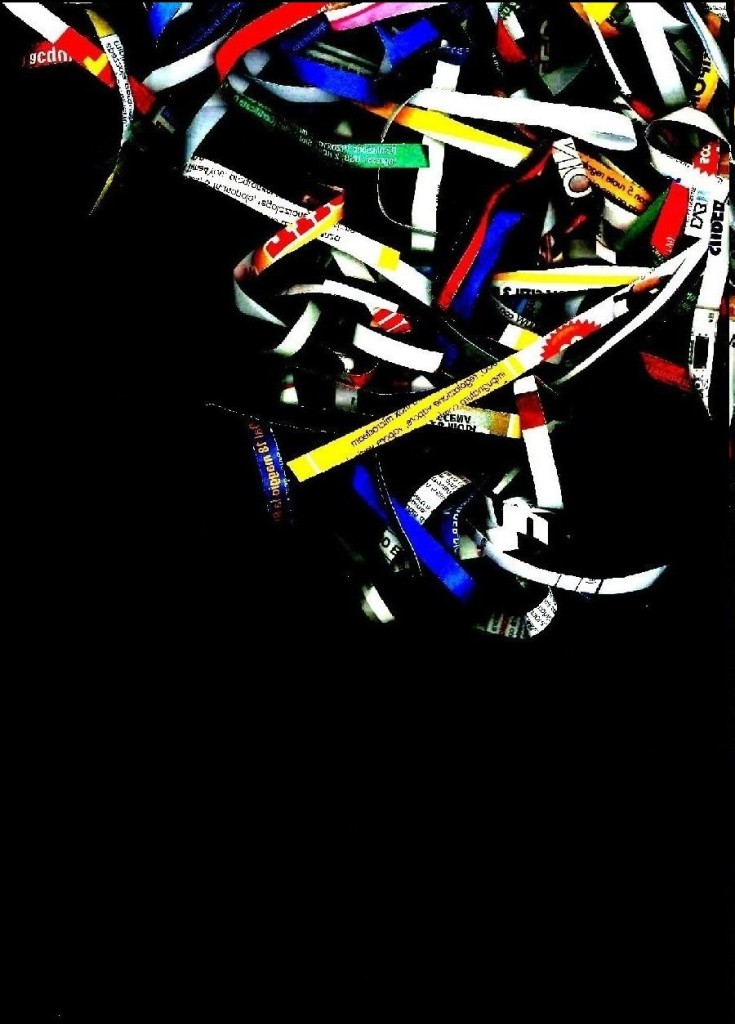 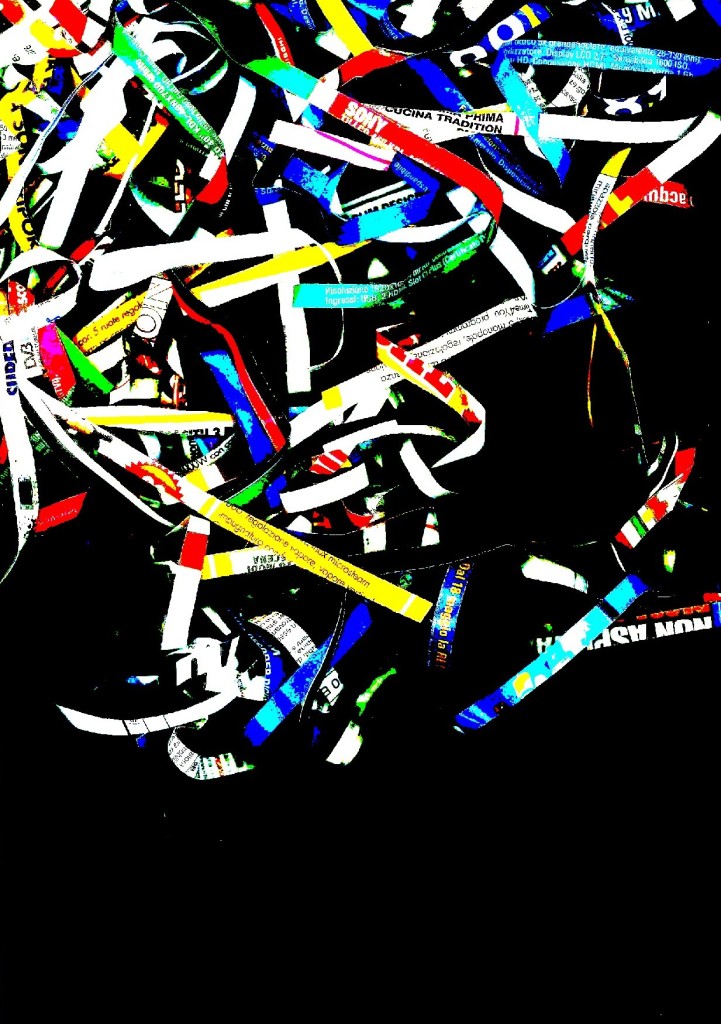 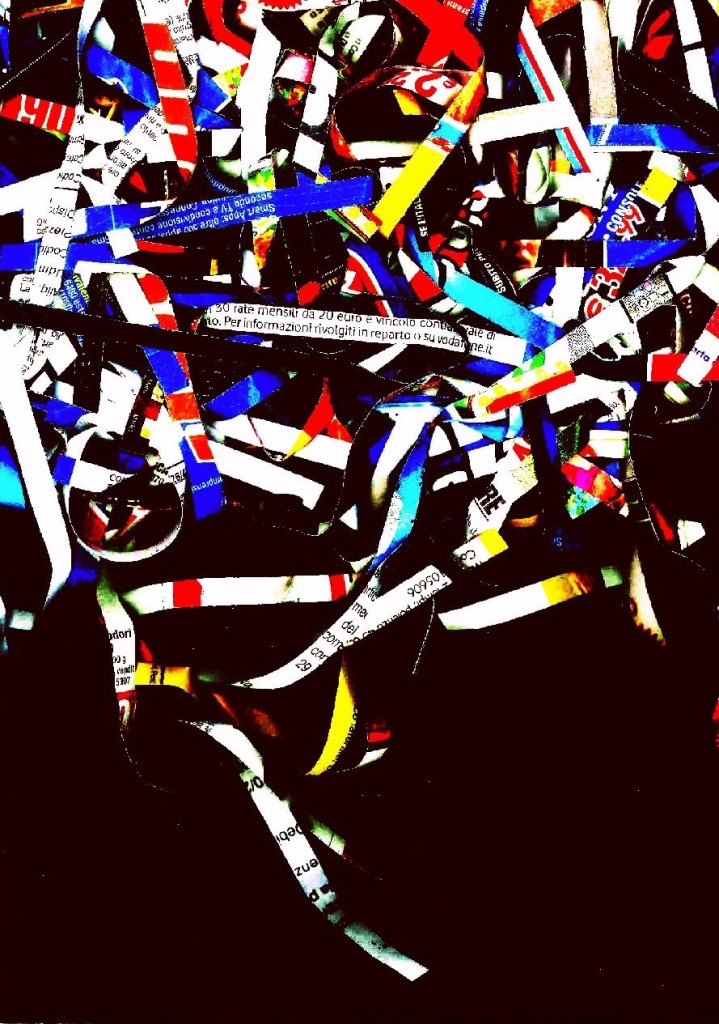 Fabio Sassi started making visual artworks after varied experiences in music and writing. He makes acrylics using the stenciling technique on canvas, board, old vinyl records and other media. He uses logos, icons, tiny objects, discarded stuff. He often puts a quirky twist to his subjects or employs an unusual perspective that gives a new angle of view. He still prefers to shoot with an analog camera. Fabio is also an occasional poet living in Bologna, Italy. His work can be viewed at www.fabiosassi.foliohd.com.