Matt McDonald is from northeast Louisiana. He works in higher education, and is a musician and former high school English teacher. His stories have appeared in Monkeybicycle, Loud Zoo, Eunoia Review, and Swamp Ape Review. He is currently at work on a novel.

Empty Sink Publishing: “Cannonball” is, hands-down, one of my absolute favorite stories we’ve ever published. Without giving too much away, what inspired the premise of this story?

Matt McDonald: The premise originated from the opening sentence. I don’t remember why I wrote it, but the absurdity of it always made me laugh. It implied an entire world, and gave me a sandbox to play around in. It was written initially as a mock “life lesson” essay, the type of thing a college freshman might be assigned to write. It was much shorter, and ended quite differently. After coming back to it on and off over the years, I eventually found the right story for the premise.

ESP: There are a lot of ways to interpret the story. For example, I could say that it is a nice metaphor for the human pattern of coveting, acquiring, using, abusing, and discarding. But when you were writing: did you have a point you were trying to make, or were you just trying to tell the story in your head?

MM: I always want to find the story first and let it determine the themes. Once I knew where this story was headed, the metaphor you mention became apparent, and I finished and revised it with that in mind. There are other themes at play too. For example, it would be a much different story, both narratively and thematically, if it were told from the clown’s perspective.

ESP: The boys from the story are simultaneously innocent little boys and malevolent monsters. Tell us a little bit about how you approached writing these characters in a realistic way. 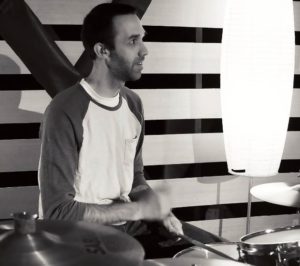 MM: That’s accurate, but the key is that the boys don’t see it as malevolence. Whatever isn’t in their immediate interest not only doesn’t matter—it doesn’t exist. I wanted to use the characters’ dialogue to sketch their personalities in contrast to one another. Making sure that each character’s internal obsessions and objections came through in their dialogue was most important to getting them right.

ESP: Would you mind sharing a little bit about the process you use when revising your work?

MM: Short stories are typically revised little by little as I write because I tend to skim through most of a story each time I sit down to work on it. With the first draft I’ve got a grip on the story in terms of structure and voice. I spend several re-reads sharpening characterization and highlighting the themes. After that I sit it aside for a while, and when I come back to it the remaining work is mostly cleanup: locating weak verbs, filtering words, unnecessary stage directions—all the stuff I didn’t initially see because I was blinded by the idea.

MM: Kurt Vonnegut at the Waffle House. Preferably around 1:00am in a time or state where it’s still legal to smoke indoors. He would need to be able to burn a few Pall Malls. I would need him to be able to.

MM: This is both a cheat and a Sunday School answer, which I can’t stand, but if I could only read one book for the rest of my life it would have to be the Bible. I’ve studied it enough to realize that I’ll never get to the bottom of it. Some passages provide peace, some angst, and some dismay. There’s plenty there to work with and think through.

MM: Well, I’d start by qualifying it: I’m aspiring myself. Listen to good critiques and learn your strengths and weaknesses. It will help you take rejection.

MB: Music is very important to me, but it doesn’t play a direct role in my writing. I try to learn something any time I watch a film or a well-made television show. I pay attention to how the themes are presented, to character development, and to how efficiently or inefficiently it handles exposition. I think Mad Men is as close to perfect storytelling as you can get. The fifth season episode, “Signal 30,” is one of my favorite short stories.

MM: I first read Cat’s Cradle as a junior in high school. It opened my eyes to the possibilities of what a novel could be, what fiction writing could be. It showed me that there were no rules to it. Literature could have a personality.

MM: Inspiration is never immediate. Broad ideas, scenes, characters, phrases, titles—I’ll hold on to them for years. One of them will bubble to the surface and I can’t shake it, and I’ll sit down to finally write it. As for the drive? That’s a revealing question. The most I feel comfortable saying is that in writing, I can’t be interrupted. No one has to listen, but they can’t interrupt.